These are novelties by Thibault Villanov, a world-famous chef, blogger and geek culture expert whose books have sold over 500,000 copies.

Assassin’s Creed. Cooking Code is the first and only official cookbook based on the Assassin’s Creed series, a welcome gift not only for those who are looking forward to the release of Assassin’s Creed Mirage next year, but also for all curious culinary experts who want to discover the gastronomic traditions of different peoples of the world, including lost civilizations.

Each recipe is recreated from reliable historical sources and redesigned in the spirit of a specific character. Recipes are accompanied by life hacks that will be useful for beginners and interesting for experienced chefs. The pages are filled with facts about the characters and events of the game, as well as official concept art that recreates the atmosphere of Assassin’s Creed.

Zelda. Recipes inspired by the legendary saga. The Unofficial Cookbook is a cookbook based on the cult Zelda saga, in which readers will find more than 50 bright dishes with Asian motifs that are cooked in the villages of Hateno, Lurelin, Rito, Kakariko, in the lands of Gerudo, at the Akkal Institute, in Hyrule Castle – the heart of the eponymous kingdoms where the game takes place.

Each chapter opens with a map of the area and general information about it, and recipes are preceded by interesting facts and stories. 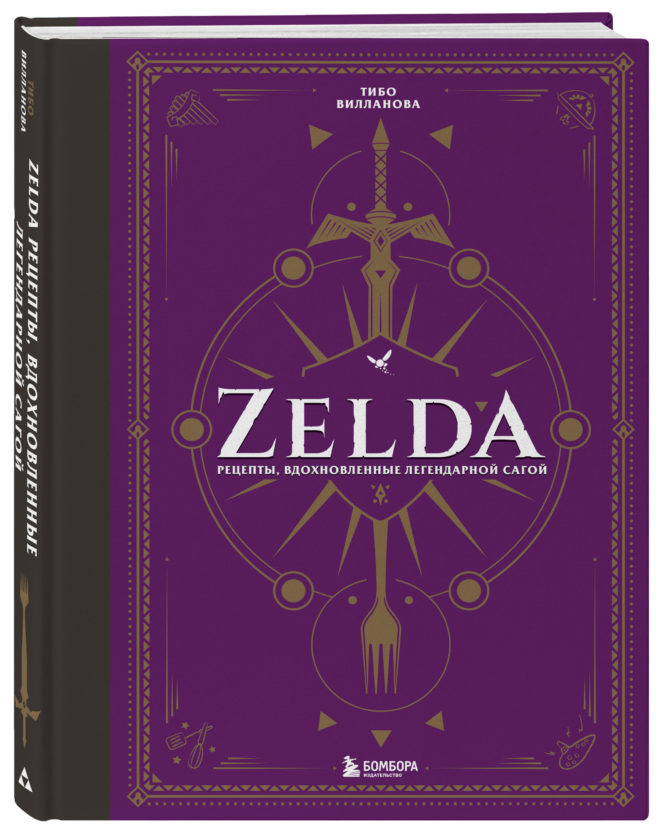 Both books will go on sale in Russia in December.